From post-it to posted

The time has come to make a few additions to our growing Nooklyn illocon (illustration + icon) set. Icon projects are quite possibly this designer's favorite thing to work on. What's my process for drawing up an icon? Read on curious reader, read on...

Our neighborhood guides have become a growing attraction for our users. What better way to highlight this feature than with a neat icon? Despite popular belief, icons aren't willed into existence by magical designers (as much as they wish that could be true). Well crafted icons start off with old fashioned pen, paper, and idea dust (more on this in a future post). 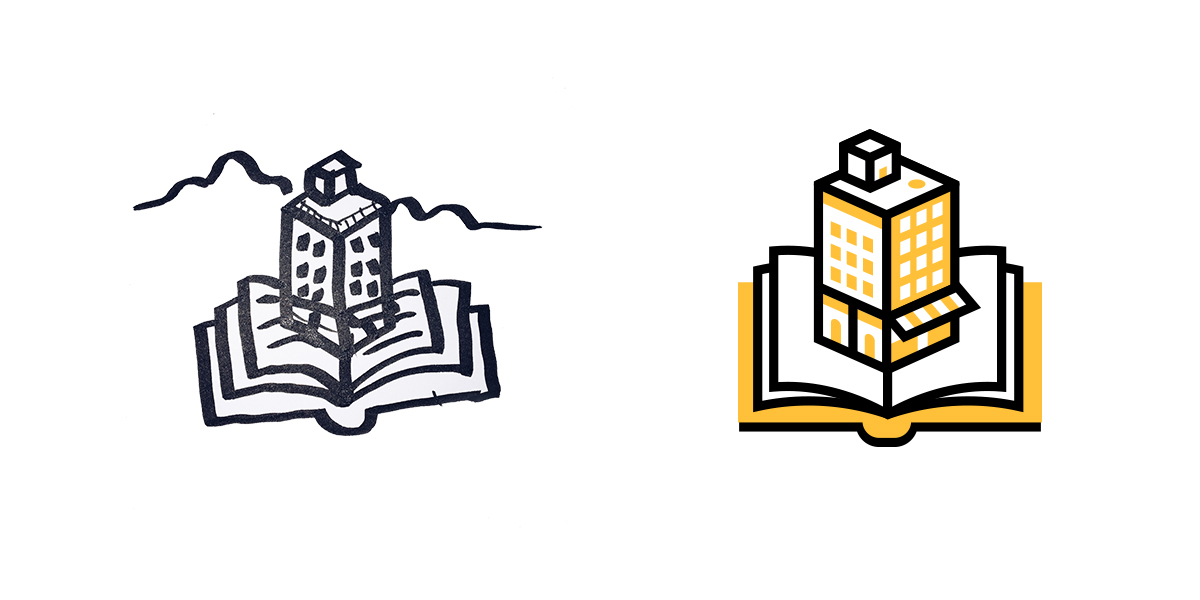 At the outset of any icon project, it's always a great idea to do a little research into how the particular feature/tool you're trying to iconify has been depicted in the past. One could simply redesign an icon based on common representations of that symbol (i.e. guide = book icon) or reimagine the feature with a little brand injected whimsy. The latter option will almost always yield unique results. Since this illocon is being used at a larger size, I was able to add in a bit more detail than what would be used for a standard icon. When it came to designing the neighborhood guide icon, I wanted to create something that used a book (standard representation of "guide") but also make is more specific by including a building. Nesting a building atop a book reminded me of a pop-up book. This was clearly the image I was looking for. Who doesn't like pop-up books? 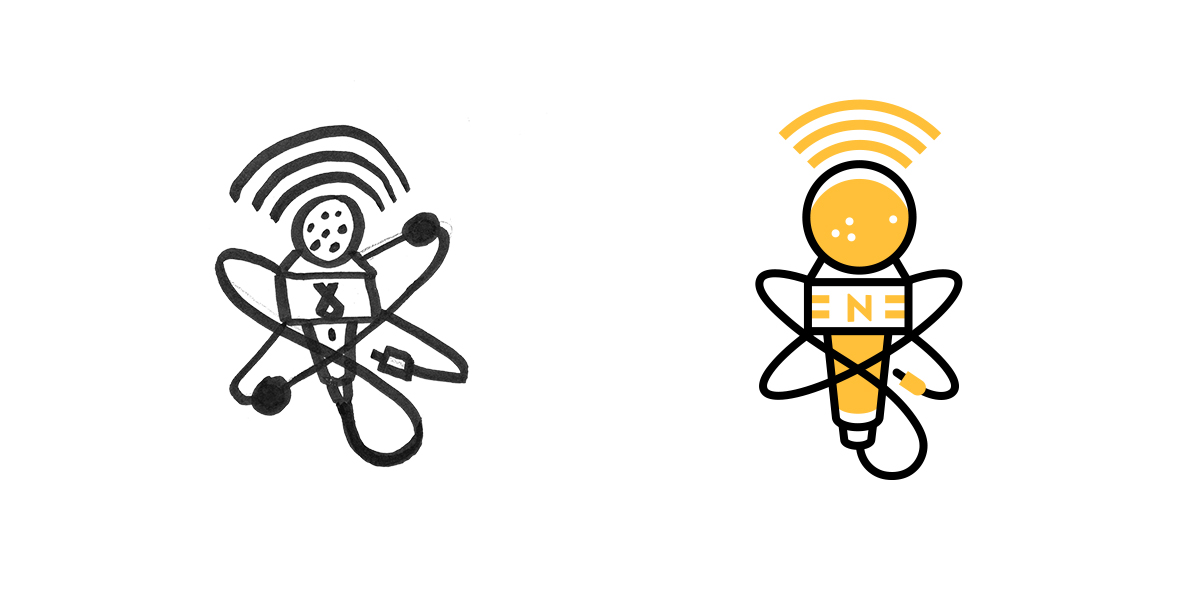 The press icon was an interesting challenge. Google image searches for "press icon" produces results of mostly newspaper icons, an antiquated symbol that's become a visual platitude for press. I liked the idea of a microphone and how that's used as a cross platform tool for communicating news. Whether it be on TV, a podcast, or a YouTube channel, microphones are widespread tools used by the press. I knew I wanted to use that as my main visual. Digital news has the ability to spread quickly through social channels via sharing. This rapid movement and dispersion reminded me of the qualities of an atom. Wrapping the cord and around the microphone in the shape of an atom was the unique twist I was looking for.